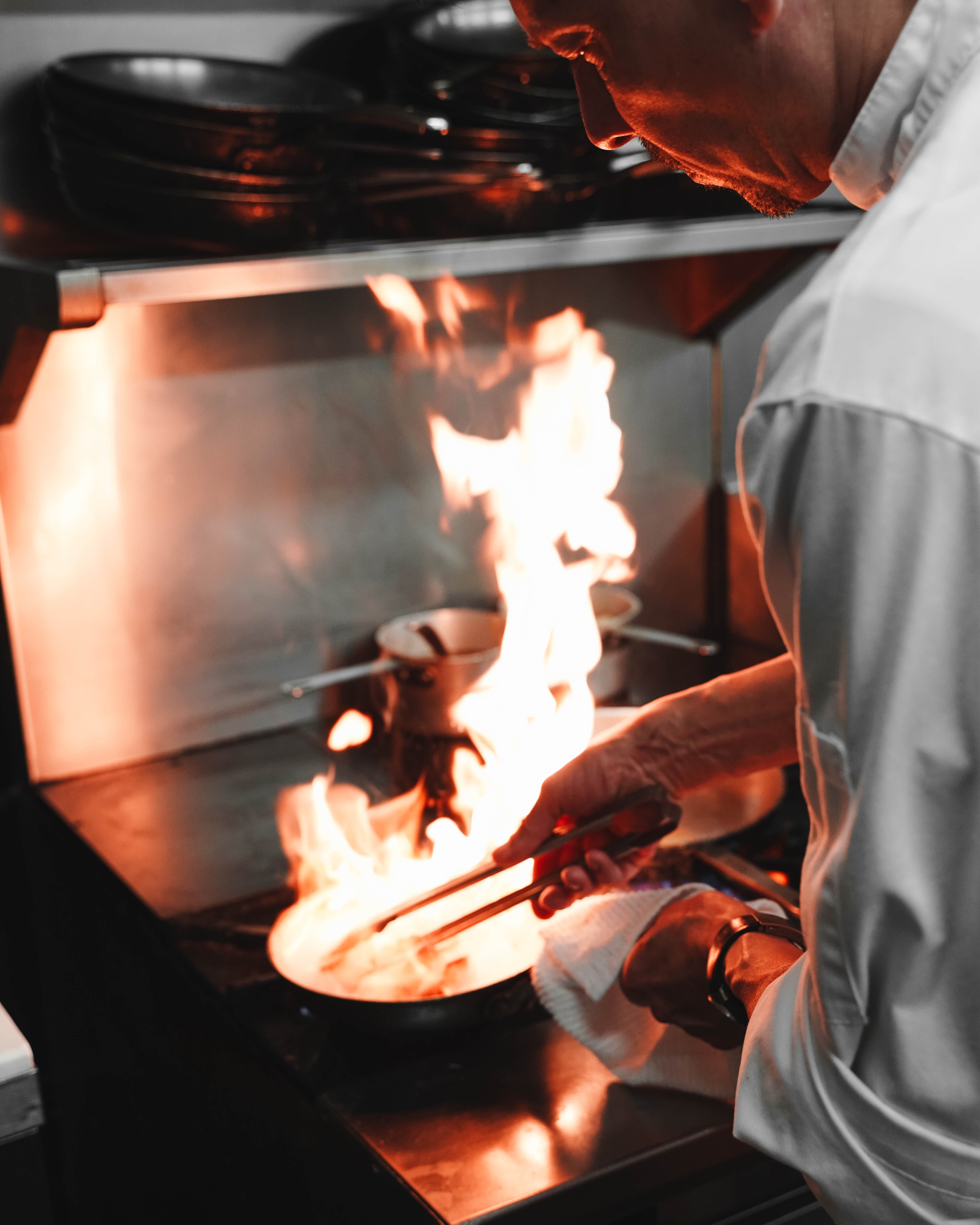 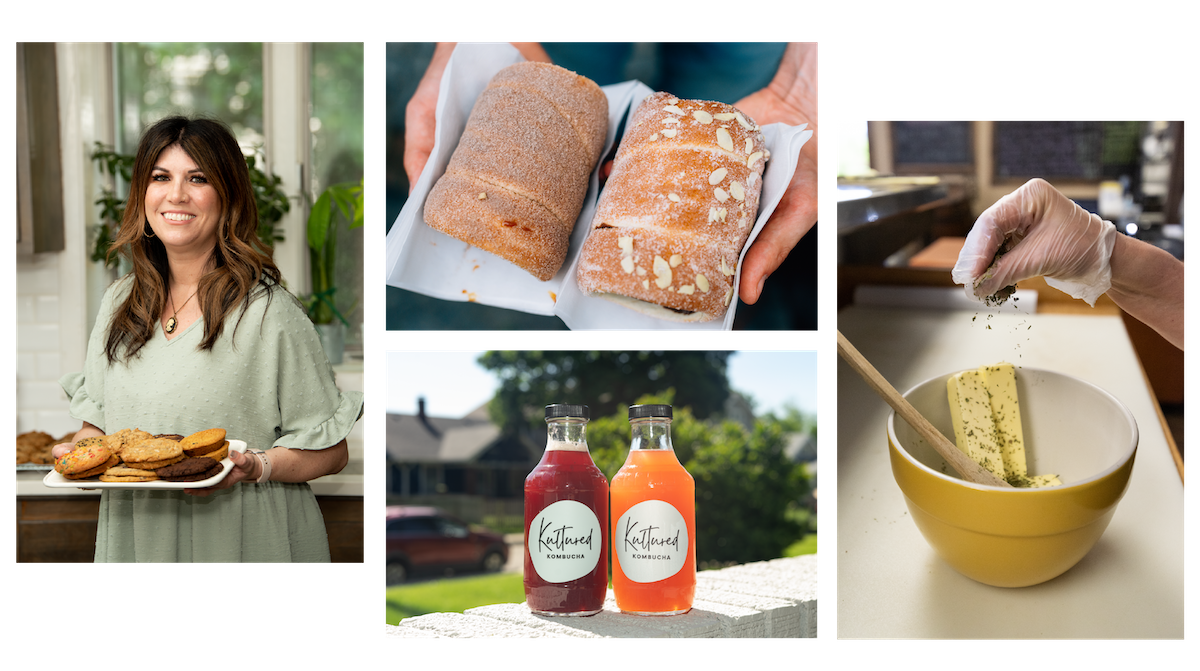 Risk-free to start.
And forever after that.

Castiron is 100% free for artisans to use. We know how important a professional digital presence is, which is why our platform is free forever. And because we know you’re wondering, we make money when you make money, applying a small transaction fee that’s paid at checkout.

What we do for you

We’ve tailored Castiron to fit the needs of kitchen-based creators who are selling their products to family, friends, and followers through word-of-mouth and social media. After a superfast setup (if you can create a social media profile, you can set up a Castiron shop!), you’ll have a single place to sell, manage orders, and communicate with customers. 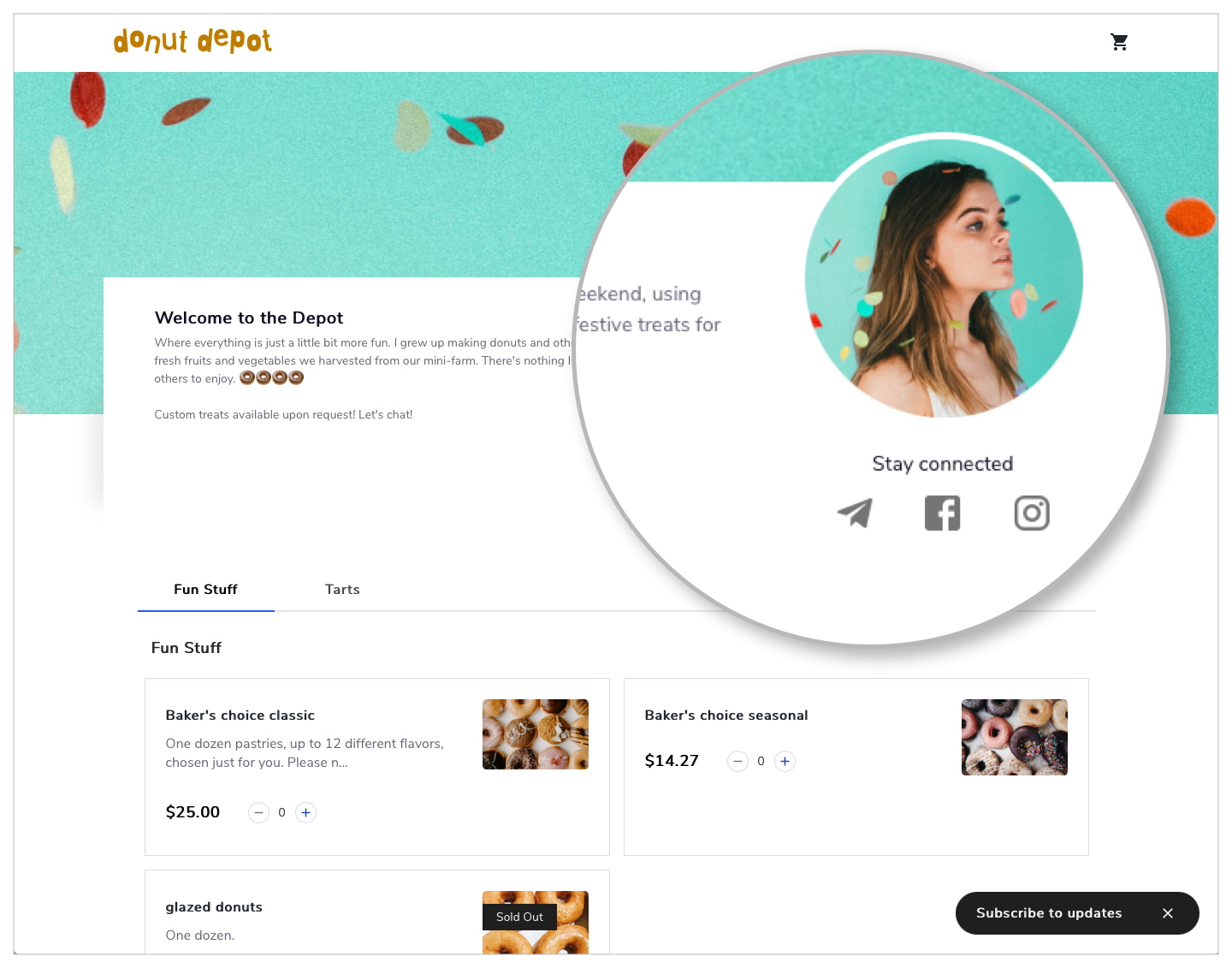 No code required. Add products, upload your logo, share your story, and link to your social profiles from your flexible store.
‍ 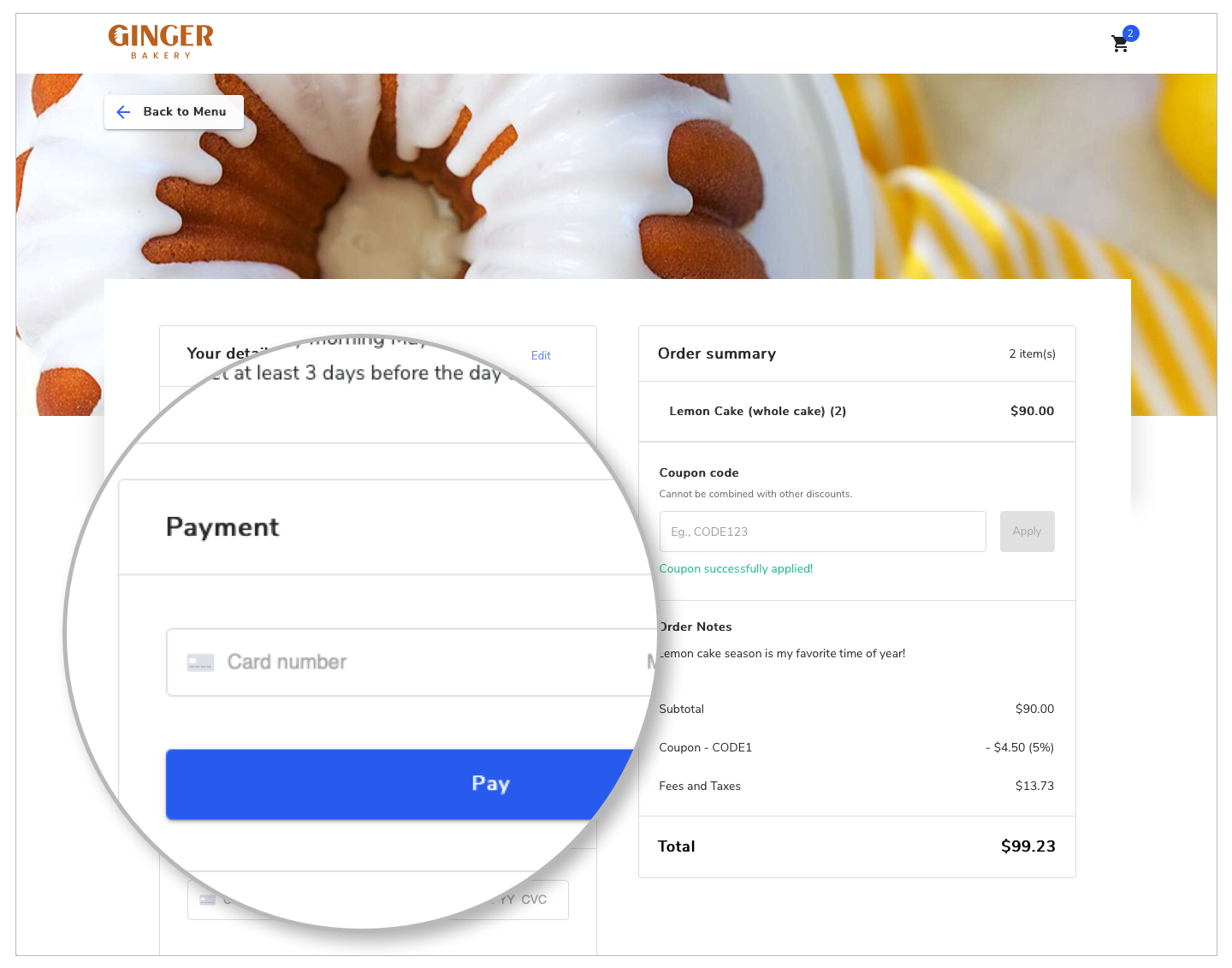 Never track down a payment or oversell products again. Real-time inventory tracking and secure payment processing make life easier for you and your customers. 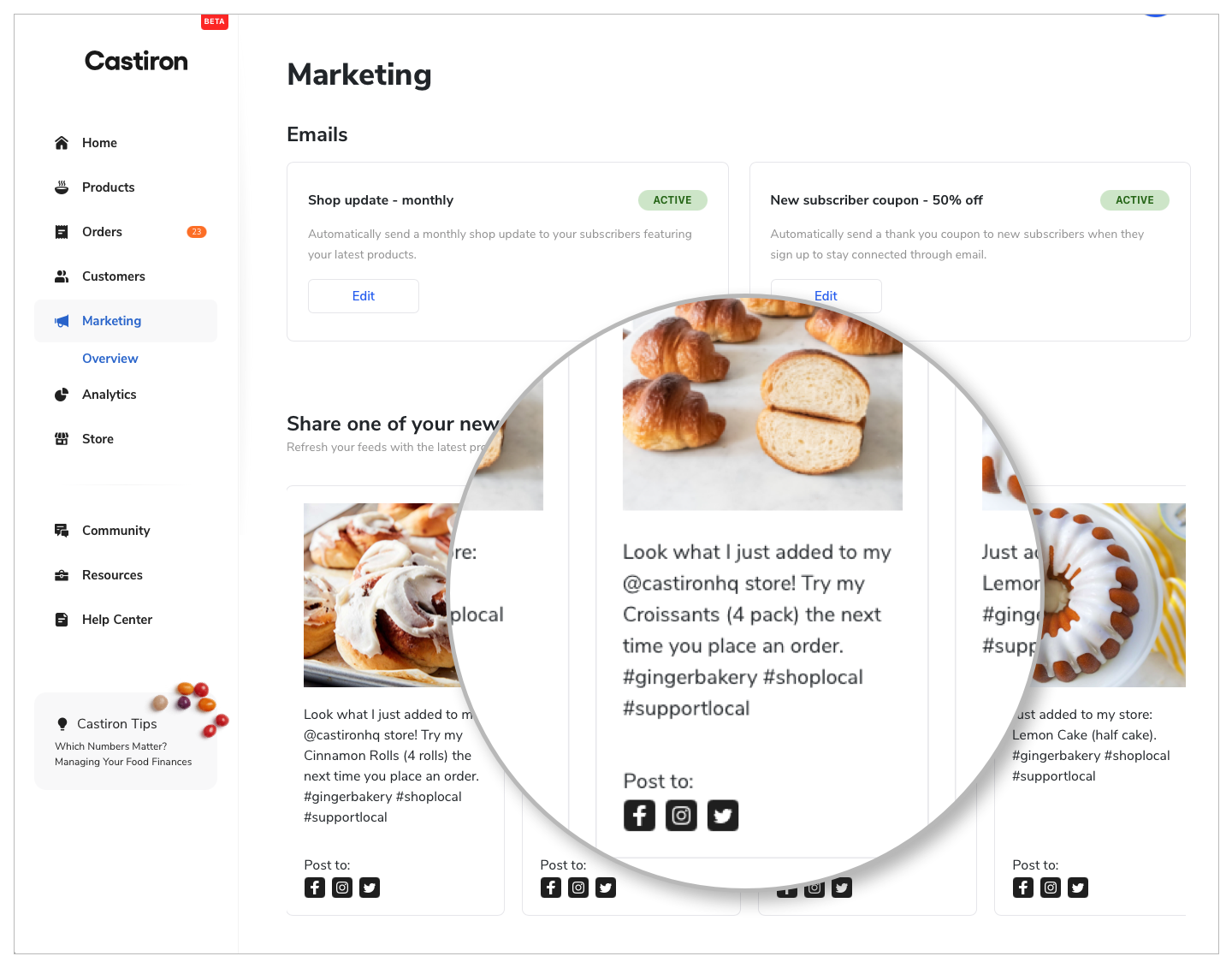 Promote Without the Effort

With our magical marketing tools, email and social media marketing are on autopilot. We make it easy to promote your latest products and deals.

For those wondering is it illegal to sell food from your home, fear not. The cottage food laws California has allow people to sell household goods that are high-quality, safe, and regulated.

The list of household goods considered safe under the California Homemade Food Act might change over time. Generally when selling food from home California 2021 laws should be looked at for reference, as allowable foods might change.

The cottage food laws California has allow sellers to also petition to add a household good that might not be on the list. This gives sellers more freedom while also keeping customers safe.

In addition to changes made in allowable foods, the Cottage Food Laws California has include several regulations and laws that businesses should abide by. This includes being properly registered and approved by a local environmental health agency, taking an approved food processor course within three months of being licensed, and a few other regulations.

The history of cottage food laws California has dates back to 2012. In 2012, Assembly Bill (AB) 1616 was signed into action by Governor Jerry Brown. This bill allowed home-cooks to begin to sell household goods that were non-hazardous. The bill introduced 2 types of cottage food operations known as "Class A" and "Class B" CFO's.

"Class A" includes people that sell their goods directly to the public from the comfort of their own home. "Class B" involves people who sell their products indirectly, such as to a bakery or to a restaurant.

A local environmental health agency must approve or register both "Class A" and "Class B" businesses before they can begin to sell their goods. After getting approved and registered, there’s no risk of a fine for selling food from home unless the California homemade food act regulations are not followed.

It’s important to understand the difference between the Cottage food law California 2021 has as well as MEHKO’s, or Microenterprise Home Kitchen Operations. MEHKO’s can be thought of as tiny restaurants licensed by the local environmental health agency to run out of someone’s home. However, permissible food items in the California cottage food list might not apply to the permissible foods included in MEHKO regulations, and vice versa.

For instance, cakes that have frosting that aren’t allowed as part of the cottage food law list might still be able to be served in a MEHKO for same-day consumption and as part of a meal. As your local environmental health agency for more information on distinctions between the two.

As of June 2021, foods included in the cottage food law California list include:

and generally, anything that doesn't have a chance of growing harmful bacteria, is shelf-stable (meaning it can stay out at room temperature), or is non-hazardous. Many more foods can be considered safe under the California cottage food regulations.

In addition, you might also want to check with your local homeowners association, or HOA, to ensure that you are able to run a cottage food business from your home. Finally, you should also see if you even need to obtain a cottage food license.

For example, some food operations that do not need permits in California are complimentary food that include snacks and coffee. Vending machines and non-profit food operations can also qualify for a waiver.

Now that we’ve laid down those ground rules, it’s fairly simple to fill out a cottage food license application. Your application includes your cottage food operation’s name, the address of the home you will be using, and the places in your home that will be used to store and prepare food.

Usually the same application is used for both “Class A” and “Class B” cottage food operations. The class A cottage food permit California has allow business owners to sell directly to other customers. Once you’re filled out a Class A permit California food application, you’ll be approved given you follow some basic guidelines and self-certify to these regulations. These include:

Different applications will vary in cost depending on your local county. However, the average cottage food license cost in most counties is between $150 to $250. These costs are renewed Annually, and coincide with annual visits that health departments might conduct on your home, especially if you are a “Class B” CFO. Inspections for “Class A” CFO’s might or might not be conducted upon first receiving an application, according to your local environmental health authority.

"Class B" CFO's should only partner with a valid health permit. Once approved as a "Class B," your CFO can operate under "Class A" standards as well.

If you're wondering do I need a cottage food license, the short answer in California is yes.To apply for cottage food license California laws must be properly followed, not just during your application, but throughout the duration of your business. This includes keeping up with health mandates, inspections, and annual renewal fees.

Again, there are 58 counties in California, and each one will have a slightly different application process for applying for a cottage food permit. For instance, the cottage food permit Contra Costa County rules state that an application must be submitted along with EH Consumer Protection Services Application, an EH California Homemade Food Act AB1616 Registration Permitting Form, and an EH Cottage Food Operations Self Certification Checklist for both Class A and Class B applications. Like many other counties, to apply for cottage food license California requires all food labels to be submitted with an application as well. These labels include:

MADE IN A HOME KITCHEN
Class A Registration or Class B Permit #
County issued in (Example: Contra Costa County)
Name of product (Example: Chocolate Brownies with Fudge)
Address
Ingredients and ingredients that may cause an allergic reaction

The application must also include a copy of the USDA certification for each organic ingredient listed.

Fees also vary by county. A cottage food permit San Joaquin County will cost  $133 for a Class A, while a Class B permit costs $265. Prices might be higher in other counties. For the same cottage food permit Sacramento residents pay $268.00 for an initial registration and an addition $268.00 for renewal of a Class A permit. Similar to other counties such as Orange County, Sacramento also requires a primary inspection for initial applications for "Class B" CFO's, which costs $421.

No matter the cost, selling prepackaged food in California requires a CFO license.

Different states have different cottage food laws, or might not even allow for the sale of cottage food items. They might also be known by a different name. A  cottage food license Oregon has is called the Domestic Kitchen license instead. Like California, it prohibits selling dairy processing (like homemade butter and milk) and meat cutting or processing. Oregon also prohibits low-acidic canning. Interesting enough, a cottage food license Wisconsin has allows canning, but until recently in 2021 did not permit non-perishable baked goods to be sold until a lawsuit was issued.

Unlike California, other states might have heavier restrictions for cottage food. For instance, a cottage food license Washington state has only allows people to operate under a "Class A" type of business, meaning they can ONLY sell directly to the consumer. The fine for selling food without a permit Washington State has is also expensive, consisting of a misdemeanor or $1,000 fine.

Finally, most states have a cap on the amount of money your CFO can make. A cottage food license MN has allows for a higher than normal annual sales cap of $78,000. Some states also cap on a monthly basis. For instance, a cottage food license Illinois has in Chicago only allows up to $1,000 a month in sales. Unlike other states, Illinois also has many counties within its state that still don't allow cottage food to be sold from someone's home.

Due to the staggering amount of variations in state and counties in the U.S., it's important for those interested in obtaining a CFO license to check with their local environmental health agency for more information. 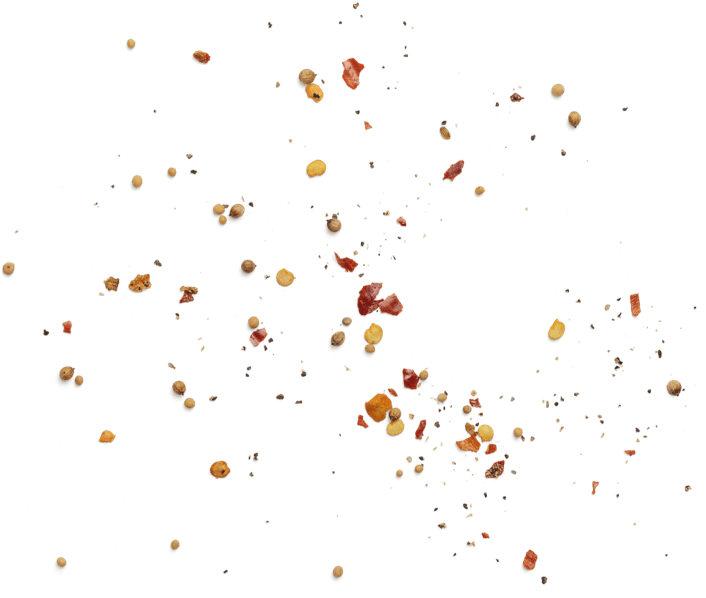 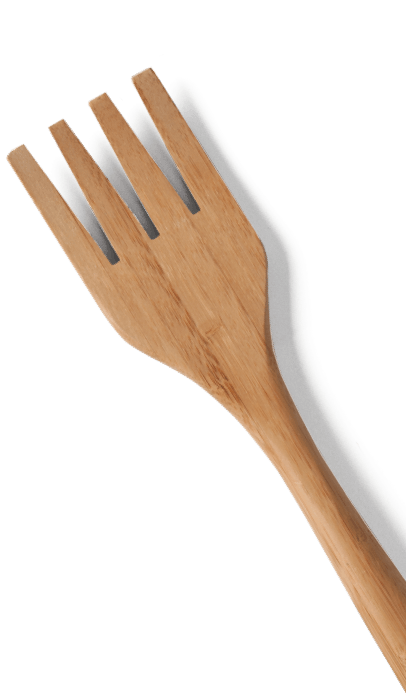 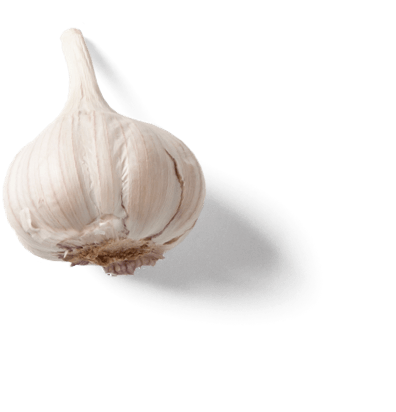 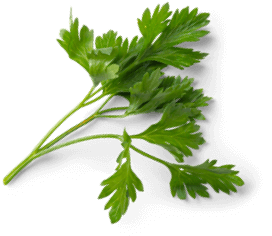 You're serious about your food business. We are too.

Tired of taking orders through DMs and payments through Venmo? Focus on the food, we'll handle the rest. Castiron is the powerfully simple platform that culinary artisans use to start, build, and grow their businesses.